By default when you rotate an object, the origin of the rotation is the object’s centre point. But you can move this origin to rotate any objects around a common origin point. First turn on visibility of the rotate centre by pressing the toggle button on the Selector Tool infobar. 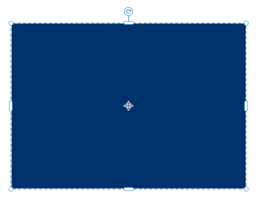 Now you can drag on the center point handle to move it anywhere on the page. For example if you move it to the center of the page, then when you rotate the rectangle or any other objects, they will all rotate around the center of the page. Unlike in earlier versions of Designer, the visibility and position of the center handle is now maintained until you press the button again to turn visibility off. You can change selection, switch to and from other tools and even switch to different pages and the rotation handle keeps its position. To revert to normal, where objects rotate around their own centers, just turn visibility off again.

When you are zoomed out in Selector Tool, or have very small objects in your design, the selected object may be very small on screen so there is very little space for Designer to show the selection box with its handles. So now in such cases you will notice that Designer shows a larger selection box around the object, so it’s easier to work on it without having to zoom in. 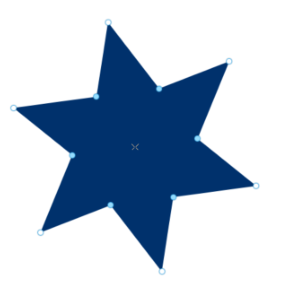 Many fixes and improvements to import of PDF documents, including:

Also some improvements to the export of imported PDF documents to web: