Smart Duplication allows you to quickly duplicate objects vertically or horizontally, and control the spacing between them.

Enable the handles by clicking on the Smart Duplication button, on the Selector Tool's toolbar.

Then use the handles on either side of the object you have selected, and drag. 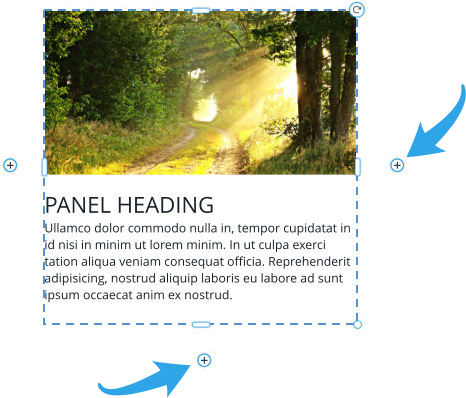 Afterwards, use the alignment handle to control the spacing between the newly created objects.

Bug Fixes and Other Improvements